Capucci has an exclusive agreement in place with the Roberto Capucci Foundation and it’s visionary archive.

The birth of an Italian fashion legend:
Roberto Capucci.
Roberto Capucci launched his fashion
house in 1950 on Via Sistina. Capucci’s first
fashion show took place in 1952 at the Sala Bianca
in the Pitti Palace in Florence, a city with which
he would maintain a strong link. He presented
his designs on the catwalk in Rome later that year.
It was during these years that the master designer created his world-famous ‘box line.’ 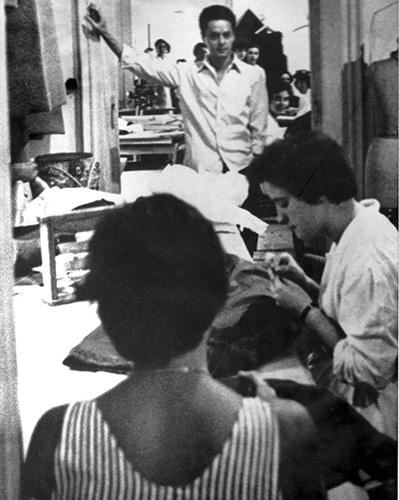 Conquering French fashion.
Capucci opened his first fashion house in Paris at 4 Rue Cambon in 1962, where Coco Chanel would later become his next door neighbour. Mr. Dior praised his creations as representing the best of Italian talent.

It was here that Capucci designed his double –
breasted overcoat and butterfly trousers, as well as the Optical line. Capucci’s designs were presented on the Paris catwalks during the 1960s. 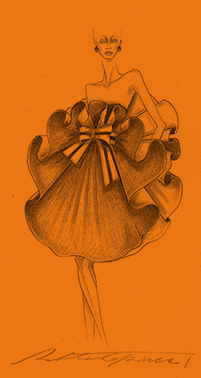 Indian inspiration, discovery and experimentation.
India was a strong source of inspiration for Roberto Capucci thanks to its shapes and colours. In 1971, his designs were exhibited in a museum for the first time. His innovative collection inspired by the Pre-Raphaelite painters was shown in the Museum of Etruscan Art at Valle Giulia in Rome.
Capucci’s first sculptural design was the Column Dress in 1978 and he also showed his work on the catwalk in Milan. 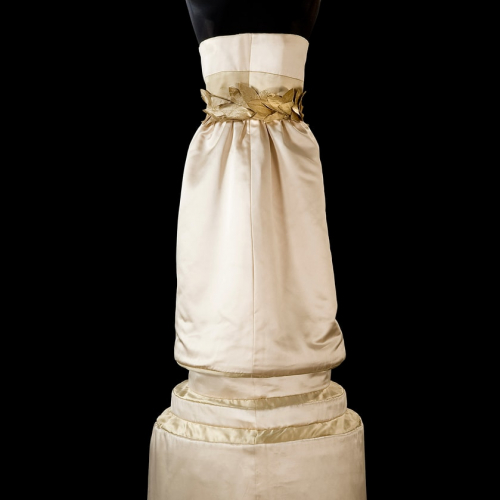 Roberto Capucci’s wide-ranging creative freedom and international breakthrough.
Creative freedom without limits.
He held his first fashion show in Milan as well as abroad
in Tokyo (1983) and New York (1985). 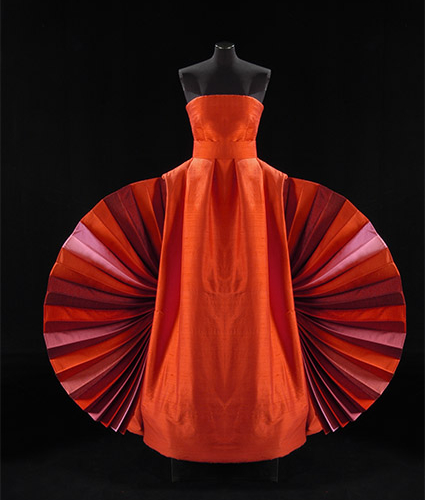 Capucci’s shows and defining style.
Capucci established himself as one of the finest Italian fashion designers at the Strozzi Palace
in 1990 and as a guest at the Venice Biennale
in 1995. Monaco and Vienna were the most important shows for him during the 1990s. 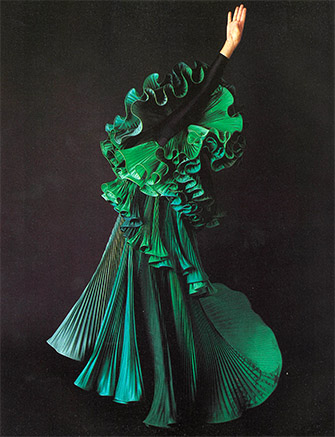 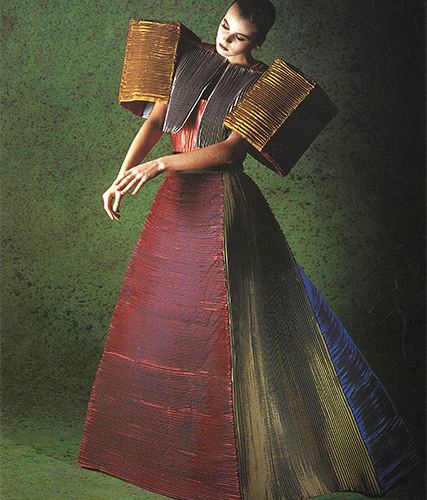 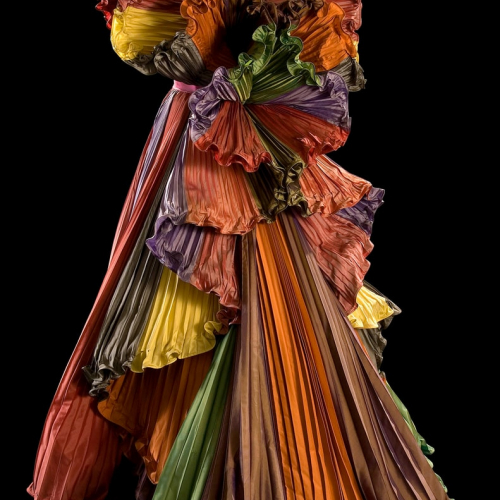